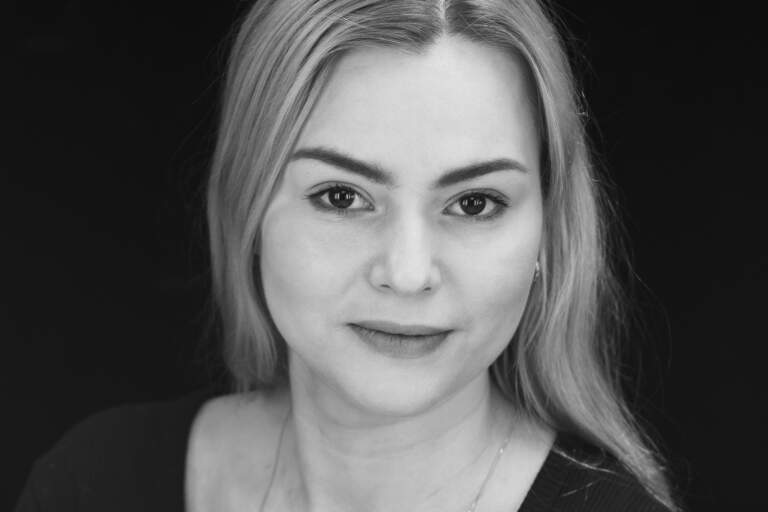 Swedish soprano Matilda Sterby graduated from the Stockholm Opera Academy in the spring of 2019 where she studied for the American baritone Robert Hyman. Prior to that she studied at the Norwegian Academy of Music and the Oslo Academy of the Arts for Barbro Marklund. Her first engagement was the Countess in The Marriage of Figaro at Läckö Castle Opera, where she the previous year a student sang Emmy in Marschner's Der Vampyr. This was followed by the role of Fiordiligi in the Gothenburg Opera's streamed production of Così fan tutte. In the 2021/2022 season, Matilda made her debut in Austria at the Stadttheater Klagenfurt as the Countess in The Marriage of Figaro and then in Germany in the same role at the Staatsoper Hannover. In the summer of 2022, Matilda will sing Amanda in Werle's Tintomara at Läckö Castle Opera. Matilda has sung a large number of romance concerts in Sweden and appeared as a soloist in works such as Beethoven's 9th Symphony, Dvorak's Stabat Mater, Mozart's Requiem and Monteverdi's Vespers for the Blessed Virgin. In the spring of 2022, a CD recording, together with pianist Mårten Landström, of Hans Gefors’ newly composed song cycles Tunnelbaneresa and Songs of Boye awaits. Scholarships include the Swedish Wagner Society, the Royal Academy of Music and the Bergen Philharmonic Orchestra: The Youth Concert, during which Matilda also won the audience award. In the summer of 2021, Matilda was awarded 2nd prize in Havets Röst and in the winter of 2022 1st prize in the Hjördis Schymberg Award competition for young Nordic Opera Singers.