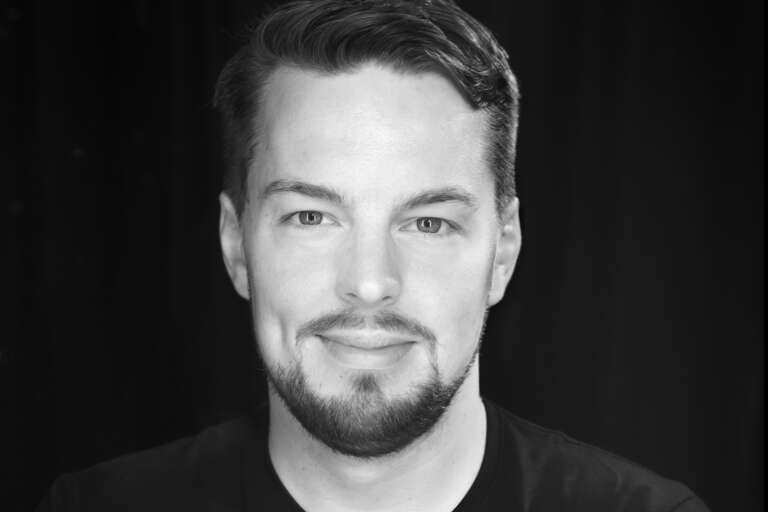 Erik Rosenius, bass, graduated from the University College of Opera, Stockholmspring 2017. Since 2014 he possesses a bachelor degree in classical singing from the Royal College of Music in Stockholm. He participated in the new commissioned opera Det går an at Läckö castle, Lidköping, summer 2016. Erik also and sang in the production of H. Berlioz - Beatrice och Benedict with the same opera company 2015. Since 2016, he is part of Stellis Polaris Management.

Erik started singing in the Stockholm Boys’ Choir at the age of 8, and studied at the renowned choir school Adolf Fredriks Musikklasser where he had the opportunity to participate in the childrens choir at the Royal Opera in Stockholm in the performance of G. Puccini Tosca (2004). He started his studies in classical solo singing at the gymnasium Södra Latin with Ove Petterson as his teacher 2008. Later, Erik met with the opera bass Lennart Forsén, who became his teacher for some years.

He started his studies at the Royal College of Music in Stockholm 2011 where his teacher was Eva Larsson-Myrsten. During his time at the college of music he sang many concerts both in the school and outside. In 2013, Erik was soloist in a project with new commissioned short-opera at Norrlandsoperan, Umeå, and later the same year he sang concerts with parts of the Swedish Chamber Orchestra, Örebro. He produced and sang his own final exam concert in April 2014.

Since 2014 he has been studying at the University College of Opera, Stockholm, with Robert Hyman as his vocal teacher and sung big parts of many roles such as: Colline in G. Puccini - La Bohéme, Don Magnifico in G. Rossini - La Cenerentola, Falstaff in O. Nicolai - Die lustigen Wiber von Windsor, Osmin in W. A. Mozart - Die Entführung aus dem Serail, Attila in G. Verdi - Attila, Sarastro in W. A.Mozart - Die Zauberflöte, Don Alfonso in W. A. Mozart - Così fan tutte. He sang a small part of the role Le Spectre in A. Thomas - Hamlet this June when the school gave a performance at the Royal Opera in Stockholm. In Erik’s last year at the school he sang the part of the Fünfter Jude in R. Strauss - Salome at the Royal Opera and the role Superintendent Budd in B. Britten - Albert Herring as final exam production (2017).

In spring/ summer 2018 he was back at The Royal Opera in Stockholm in the youth opera Min bror Don Juan (4 smaller roles) and as Osmin at Varberg Summer Opera. He has been accepted as a member of the Barbara Hannigan’s Equilibrium Young Artists Programme and will do the role of Father Truelove in Stravinsky’s The Rake’s Progress, in November and December 2018 and on a concert tour in Europe in May 2019.

From September 2018 until June 2020 Erik was a member of the Staatsoper Berlin Opernstudio, supported by Liz Mohn Kultur- und Musikstiftung. Maestro Daniel Barenboim asked him to sing at an Easter Concert 2019 at Philharmonie Berlin with Anna Netrebko and Staatskapelle Berlin.

In 2019 he was awarded the Friends of the Drottningholm Slottsteater scholarship. Erik got the scholarship with the motivation that:

“… he is a young singer with a special interest in the theatre’s repertoire and that he, with a brilliant technique, manages to combine a genuine and beautiful bass voice with an uncompromising expression and energy.”

He received the scholarship from the hand of His Majesty the King of Sweden, Carl XVI Gustaf at a ceremony at Drottningholm Slottsteater.