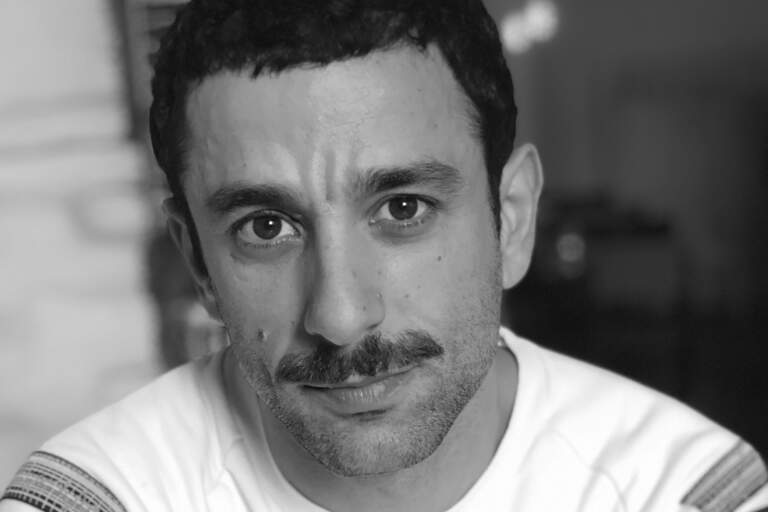 Aimilios Arapoglou is a Greek dancer and dance maker who has been creating and performing professionally in Greece and Internationally since 2011. He is a graduate of both the International and European Relations program at the University of Piraeus and the Greek National State School of Dance.

In 2018 he was a choreographic advisor for the newly adapted rendition of Debussy’s Pelléas et Mélisande. He was also invited to collaborate on the original movement research for Vessel, created at the art residency Villa Kujoyama in Kyoto, a collaboration between visual artist Nawa Kohei and Damien Jalet. He contributed to Skid with GöteborgsOperans Danskompani, by Damien Jalet and Jim Hodges. Aimilios was invited by Ceprodac Dance Company for an artistic residency in Mexico in 2018. As a guest artist and choreographic assistant to Damien Jalet, he collaborated on Omphalos, premiered in Mexico City in 2018.

Arapoglou has also collaborated on films with Damien Jalet, such as The ferryman and Suspiria. In 2019 together with Damien Jalet he developed movement material and he also danced it in Anima directed by Paul Thomas Anderson with Radiohead singer Thom Yorke. Anima & Damien Jalet received the UKMVA award for the best choreography. The same year he was invited as a choreographic assistant and advisor of Damien Jalet to be part of the direction and the choreography of several sequences on the first theatrical tour of Madonna, Madame X.

In 2020 he was invited to collaborate with Koki Nakano a Paris-based musician who frequently explores the relationship between music and movement in his work. The project is called Train-Train and it’s a music video presented on NOWNESS, directed by Benjamin Seroussi and choreographed by Damien Jalet. Recently he was invited as an associate choreographer to create Brise-lames together with Damien Jalet, the visual artist JR and the pianist Koki Nakano a new dance creation at the Paris Opera Garnier.