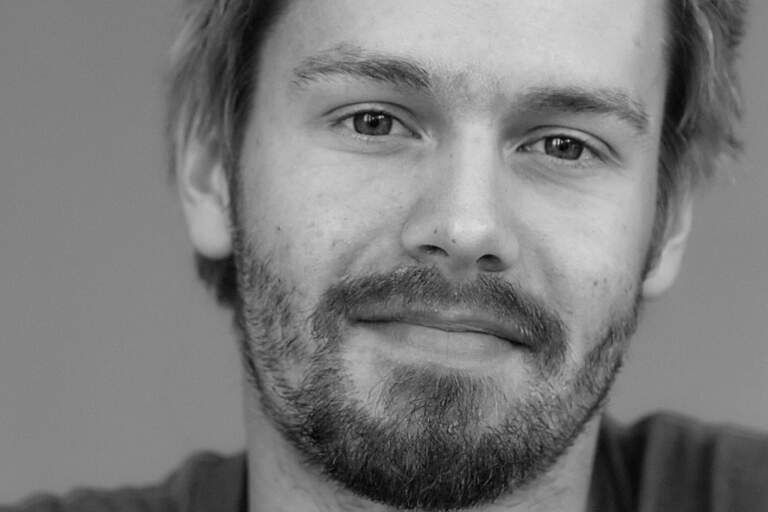 Alexander Ekman is born in Stockholm and has danced with Royal Swedish Ballet, Cullberg Ballet and Nederlands Dans Theater 2. In 2006 he decided to devote himself completely to choreography.

Alexander Ekman has made many creations, for companies like the Cullberg Ballet, Goteborg Ballet, The Iceland Dance Company, Bern Ballet, Cedar Lake Contemporary Dance, Ballet de l’Opéra du Rhin, Royal Swedish Ballet and The Norwegian National Ballet. He also created for festivals like Europa Danse in France and for the Athens International Dance Festival. For Nederlands Dans Theater 2 he made Flockwork in 2006, one year later Lab 15 ( Nederlands Dans Theater 1) and Cacti in 2010 (Nederlands Dans Theater 2). Cacti was nominated for the Dutch danceprize Swan best dance production 2010.

In 2009, he made a dance film, 40 m under, for and with the Cullberg Ballet which was broadcasted on National Swedish television. Alexander Ekman also made museum installations for the Modern Museum in Stockholm and has composed music for many of his dance pieces.

In 2010 Ekman created for the Göteborg Ballet (La La Land, together with choreographer Medhi Walerski), for Cedar Lake Contemporary Ballet and for Cullberg Ballet. In the International Choreography Competition of Hannover Ekman won the 2nd prize with Swingle Sisters (one of the ballets from his Sisters trilogy). In addition, he was awarded first prize by the critics. Recent commissions include Royal Swedish Ballet, Cedar Lake contemporary Ballet, Norwegian National Ballet, Boston Ballet and Dresden Ballet. During 2011 Ekman also worked as a teacher / choreographer at the prestigious Julliard School in New York City. From season 2011 until 2013 Ekman is associate choreographer of Nederlands Dans Theater.