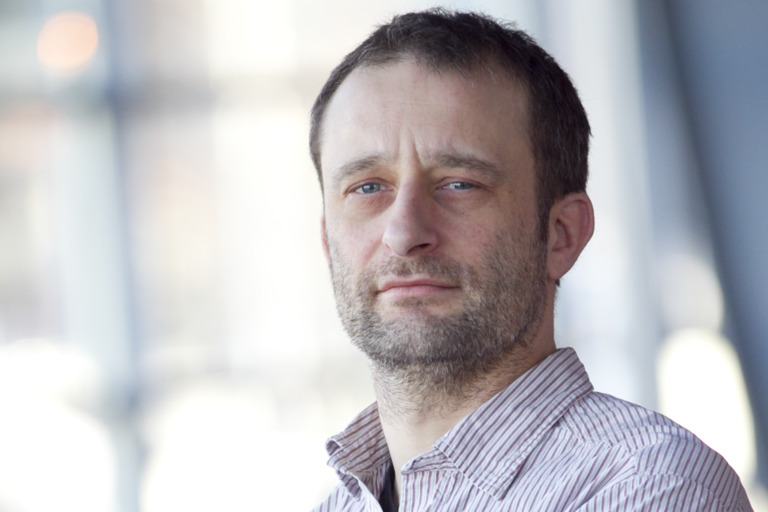 Jo Strømgren was born in Norway. He is a choreographer, but also works as a director, scriptwriter, stage designer, lighting and costume designer. In the 1980s he began by dancing jazz ballet, before studying classical ballet and choreography at the Oslo National Academy of Ballet. He worked for some years for the Carte Blanche dance company in Bergen, both as choreographer and dancer. However, injury prevented him from continuing his dance career.

In 1995, Strømgren achieved his breakthrough with the one man show Schizo Stories. He has worked in a freelance capacity as choreographer with around forty dance companies, including Ballet de l´Opera National du Rhin (France), the Nuremberg Ballet (Germany), the Royal Danish Ballet, the Vienna State Opera Ballet (Austria), the Stadttheater Bern Ballett (Switzerland). He is choreographer in residence at the Norwegian National Ballet.

In 1998 he established the Jo Strømgren Kompani in Bergen, with the aim of producing contemporary dance and theatre. The company has appeared in over 55 countries and has received many awards. In 2003 he directed his first feature film, Destination Moscow. Jo Strømgren has 150 productions to his name and has also written around twenty plays for the theatre, which have been performed throughout Norway and internationally. For GöteborgsOperans Danskompani, Jo Strømgren has created Herzschmerz (2009) and The Outskirts (2011).