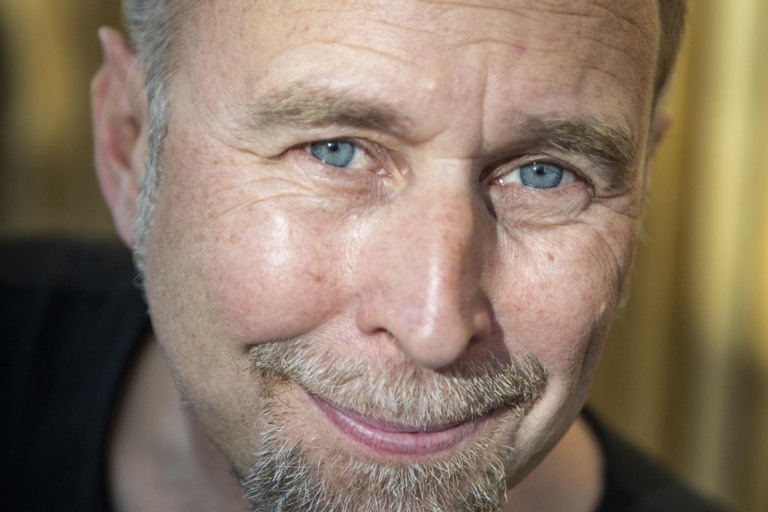 The Swede Johan Inger (Stockholm, 1967) completed his dance training at the Royal Swedish Ballet School and at the National Ballet School in Canada. From 1985 to 1990 he danced with the Swedish Royal Ballet in Stockholm, the last year performing as a soloist. Fascinated by the works of Kylián, Inger was convinced that a next step in his dance career should take him to Nederlands Dans Theater. In 1990 he joined Nederlands Dans Theater I and was a high-profile dancer in this company until 2002. When Inger tried his hand at Nederlands Dans Theater’s annual Choreography Workshops (entitled Switch), Jiří Kylián noticed his talent for choreography. After four workshop pieces, Inger was allowed in 1995 to make his first choreography for Nederlands Dans Theater II. The resulting Mellantid marked his official debut as a choreographer. It was part of the Holland Dance Festival and was immediately a resounding success. It brought him the Philip Morris Finest Selection Award 1996 in the Contemporary Dance category. In 2001 Mellantid was nominated for the Laurence Olivier Award in the Best New Dance Production category.

Since his debut, Inger has made various works for Nederlands Dans Theater (like Sammanfall, Couple of Moments, Round Corners, Out of breath). For his ballets Dream Play and Walking Mad he received the Lucas Hoving Production Award in October 2001. Walking Mad- as it was later performed by Cullberg Ballet -was awarded the Danza & Danza’s Award 2005. Inger himself was nominated with Dutch prizes such as the Golden Theatre Dance Prize 2000 by the VSCD Dance Panel and the Merit Award 2002 from the Stichting Dansersfonds ’79. In 2013, Johan received the prestigious Carina Ari Award in Stockholm for his worldwide promotion of Swedish art and dance.

Inger left Nederlands Dans Theater to take on the artistic leadership of Cullberg Ballet in Stockholm in 2003. Over the past years he has made various choreographies for this company: Home and Home, Phases, In Two, Within Now, As if, Negro con Flores and Blanco amongst others. And to celebrate Cullberg Ballet’s 40th anniversary, he created the work Point of eclipse (2007). From the summer of 2008 Inger ended his artistic directorship so as to devote himself entirely to choreography. In February 2009 he produced a new work for Cullberg Ballet entitled, Position of Elsewhere. In October 2009, Inger created Dissolve in this for Nederlands Dans Theater 1 & 2 to celebrate the 50th jubilee season of the company.

Between 2009 and 2016, Johan Inger held the position as Associate Choreographer with Nederlands Dans Theater, creating for both companies (NDT1+NDT2) regularly. In May 2010, the Göteborg Ballet in Sweden premiered Falter and in September, Nederlands Dans Theater I premiered Tone Bone Kone, both were new creations. In 2011, Inger created the successful Rain Dogs, based on music by Tom Waits, for the Basel Ballet in Switzerland. In 2012, Inger made, I New Then, for NDT2 Sunset Logic, for NDT1. In September 2013 he created Tempus Fugit for Basel Ballet. B.R.I.S.A., was created in 2014 for NDT2. In 2015, Inger presented his Carmen with the Compaňia Nacional de Danza in Madrid and another full-evening program based on the Sacre du printemps with the Royal Swedish Ballet in Stockholm. In the fall of 2015, he created One on One, for NDT2, followed by Bliss for the Italian company Aterballetto in March 2016 and was awarded by The Danza y Danza Prize 2016 for best Italian production. In May 2016, Johan received the Benois de la Danse prize for his works One on One and Carmen. After a new full evening piece Peer Gynt in May 2017 with Basel Ballet, Johan created 3 works in 2018: Under A Day, for Lyon Opera Ballet, 4 Karin for the independent project Dancing with Bergman co-produced by Productions Sarfati and Petrushka for Les Ballets de Monte Carlo. His creation, Impasse, for NDT2 had its premiere in February 2020.