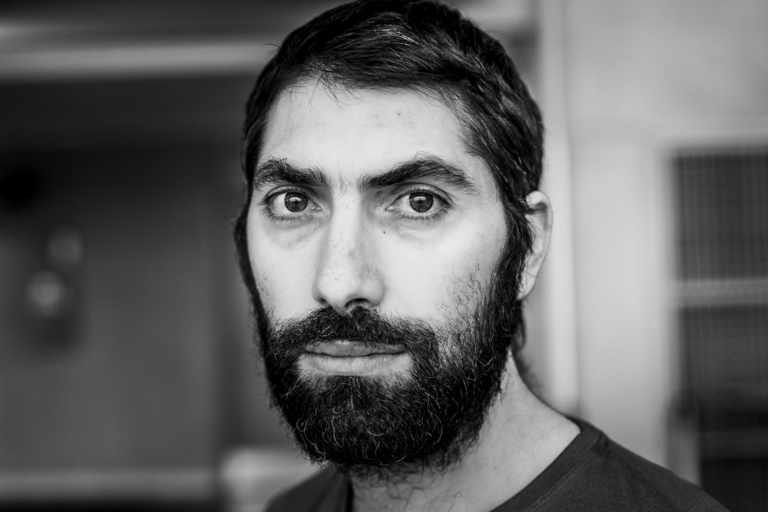 Roy Assaf was born in 1982 in the rural community of Sde Moshe in southern Israel. Though he did not train formally, Assaf has been dancing and creating for as long as he can remember.

In 2003 he began working with Emanuel Gat and danced alongside him until 2009. In 2005, Assaf created his first work, We Came For the Wings, Stayed Because We Couldn't Fly, for the Shades of Dance competition in Tel Aviv. The work won the Judge’s Choice and Audience Favorite awards. From 2006 through 2009, Assaf worked as an assistant choreographer to Emanuel Gat, developing new works and re-staging existing repertoire throughout the world.

In 2010, Assaf was appointed Artistic Associate of Noord Nederlandse Dans in Groningen, for whom he created Rock. In 2011 he created and danced in Six Years Later, which was awarded first place in the 5th International Choreography Competition in Copenhagen. The following year, he created and danced in The Hill, winning first prize in the 27th International Competition for Choreographers Hanover. The production prize awarded by the Staatstheater Tanz Braunschweig at the same competition eventually culminated in the commission of Girls & Boys, which premiered during the company’s November 2014 season. In 2015, participate in the contemporary dance competition [Re]connaissance with The Hill, which won first prize from both the jury and the audience.

Assaf continued to explore the theme of gender with two separate full-length works, Girls (2014) and Boys (2015), both supported by the Intima Dance Festival and hosted by Tmuna Theatre in Tel Aviv. In September 2014 he created II Acts for the Blind for the L.A. Dance Project under the direction of Benjamin Millepied, which premiered at the Biennale de Lyon, followed in February 2015 by Ballader, a collaboration with the Swedish pianist and composer Roland Peter Pöntinen for the Royal Swedish Ballet.