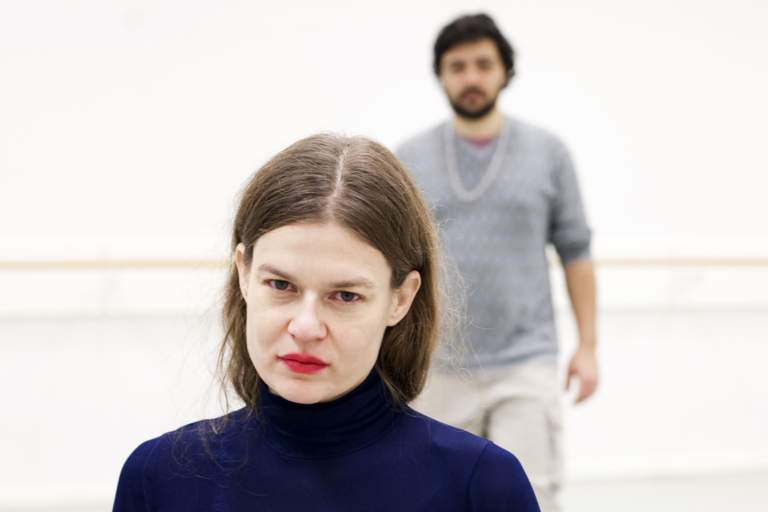 Sharon Eyal was born in Jerusalem. She danced with the Batsheva Dance Company between 1990- 2008 and started choreographing within the company’s Batsheva Dancers Create project framework.

Eyal served as Associate Artistic Director for Batsheva between 2003-2004, and as a House Choreographer for the company between 2005-2012. During her time with the company she created 16 new creations.

In 2005 Eyal started to collaborate with Gai Behar on her creations and the L-E-V company and different projects.

Eyal collaborated with major names out of the traditional dance world such as Christian Dior Couture and Maria Grazia Chiuri for various fashion shows and projects, The National and Mike Milles album/movie - participating in 2 music videos for the songs ‘Hairpin Turns’ and ‘Hey Rosey’ from the album ‘I Am Easy To Find’ as well as a live performance for their international tour’s opening concert at the L’Olympia in Paris and the music label - young.

In 2013 Eyal launched L-E-V. L-E-V’s repertoire consists of 3 creations made especially for the company. L-E-V's creations are co-produced with some of the leading dance venues around the globe such as Sadler’s Wells- London and Julidans- Amsterdam. The co-producers list consists of many other great venues: Montpellier Danse Festival, Migros Culture Percentage - Dance Festival STEPS, Theater Freiburg, The Banff Centre in Canada, Carolina Performing Arts - North Carolina, USA, and TorinoDanza

In the past 8 years since L-E-V was founded, the company had more than 700 performances some in the most exclusive venues around the world such as The Joyce Theatre – NYC; Jacob's Pillow - Becket, Massachusetts; Sadler's Wells - London, UK; The Montpellier Danse Festival – France; Edinburgh International Festival; Julidans – Amsterdam and more.