”Sensitive choreography that doesn't force its theme or get the audience's back up, but instead takes the children seriously and gives them room for a sensory experience - which the set and lighting design serve to enhance.” (Göteborgs-Posten)

Astronaut, a vertiginous dance work for children 8+ and their adults. Join us in the test lab to prepare your body for space journeys and walks on the moon!

“This work focuses on the demanding physical and mental tests that 13 female pilots took part in during the 1960s space race in the United States, which were aimed at identifying who was most physically suited to work as an astronaut. Even though the women outperformed the men in some of the tests, it was still the men who got to go to the moon.”

Astronaut was also inspired by NASA’s plans to put humans back on the moon in a few years, perhaps with Swedish-American Jessica Meir on board. The audience gets to follow the three dancers through challenging tests, vertiginous walks on the moon and the outlandish experience of returning to the Earth’s gravity. We look back in history and ahead at the possibilities of the future and astronauts’ dreams.

Carl Olof Berg has long been creating exciting experiences in classrooms, private homes, changing rooms and on dance stages. The original score is composed by Mariam Wallentin from Wildbirds & Peacedrums, while the costume design is the work of Maja Gunn, professor in design and craft at HDK Valand.

The costume designer wishes to thank Åsa Dybwad Norman.
Created in collaboration with the dancers from GöteborgsOperans Danskompani. 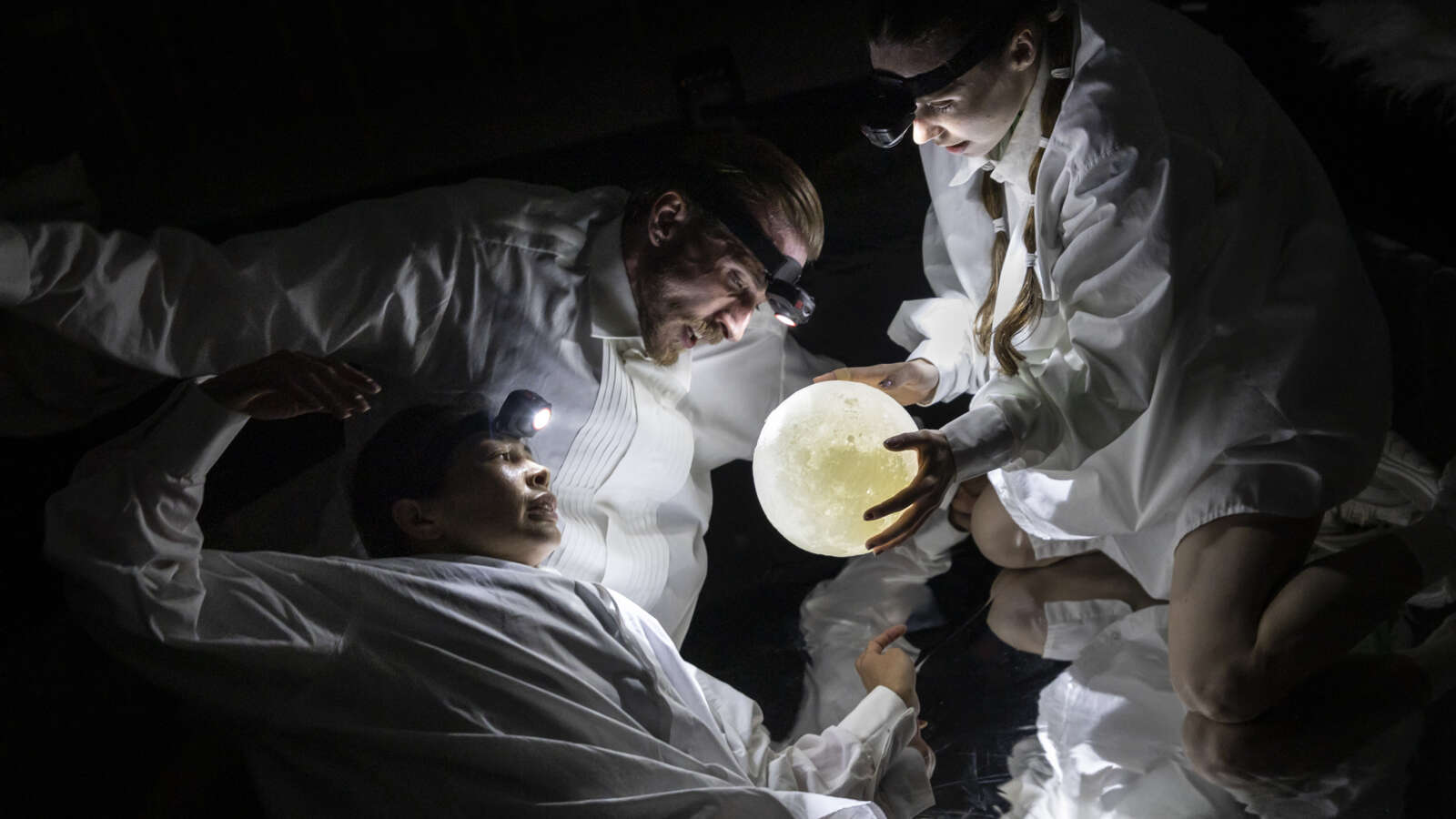