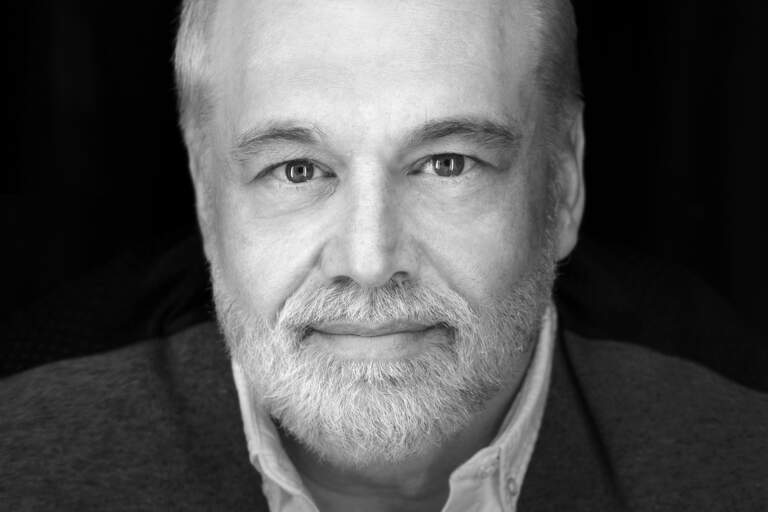 David was born in Wales and studied at the Royal Northern College of Music in Manchester. As a principal baritone at English National Opera from 1998, he sang roles including Marcello (La bohème), Lescaut (Manon Lescaut), Conte di Luna (Il Trovatore), Poacher (The Cunning Little Vixen) and Teddy Foran (The Silver Tassie, world premiere). For Welsh National Opera, David has sung the title roles in Don Giovanni, William Tell and Nabucco, as well as the Duke of Nottingham (Roberto Devereux), Sir Riccardo Forth (I Puritani), Thoas (Iphigenie en Tauride) and Iago (Otello). He was invited to sing Alfio and Tonio in the company’s gala staging of Cavalleria Rusticana & Pagliacci to mark its seventieth birthday. He appeared as Captain Balstrode in the Aldeburgh Festival’s landmark 2013 staging of Peter Grimes on Aldeburgh Beach, part of the celebrations for Britten’s centenary, which was also recorded and broadcast.

David has worked with Glyndebourne Festival Opera, Opera North, Scottish Opera, the Buxton Festival, the Dallas Opera, the Chelsea Opera Group, Florida Grand Opera the Danish National Opera (Den Jyske Opera), the Royal Opera, Covent Garden and Opera Theatre Company in Dublin. He has been a soloist at the BBC Proms and with the Royal Liverpool Philharmonic Orchestra, The Hallé, the BBC National Orchestra of Wales, the Ulster Orchestra and the London Mozart Players among others. He recently recorded the role of Sévère in Donizetti’s Les Martyrs for Opera Rara, which was named Recording of the Year at the 2016 International Opera Awards. He frequently gives master-classes to aspiring singers.

David was a member of the soloists’ ensemble at the Royal Danish Opera in Copenhagen until 2020 where he has sung the title role in Rigoletto, Sharpless in Madama Butterfly, Jack Rance in La fanciulla del West, Iago in Otello and Alberto Roc in The Exterminating Angel.