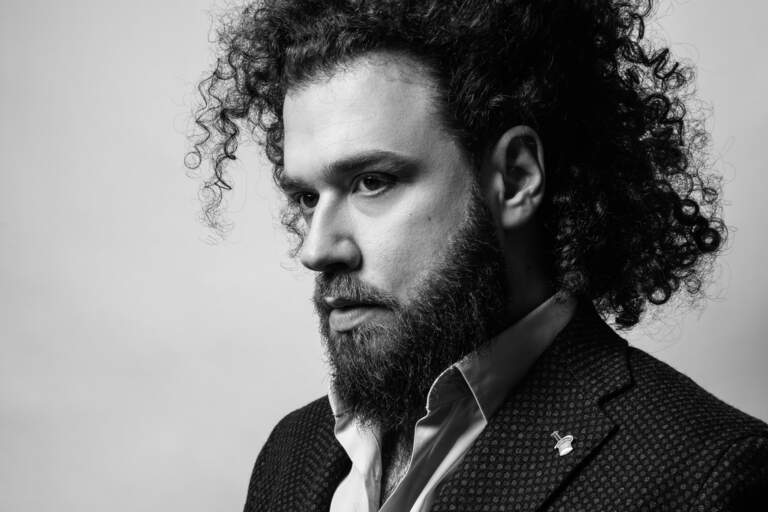 Davide Giusti was born in Civitanova Marche (Italy) and graduated with honours at the “G. B. Pergolesi” Conservatory in Fermo. He then specialized with Renata Scotto, Raina Kabaivanska, Alberto Zedda and Ernesto Palacio.

Davide Giusti made his opera debut in 2010 as Ferrando in Così fan tutte at the Accademia Nazionale di Santa Cecilia in Rome.

In 2012, he attended to the Accademia Rossiniana in Pesaro under the guidance of Alberto Zedda and made his debut as Cavaliere Belfiore in Rossini’s Il Viaggio a Reims.

After that he performed with success the role of Nemorino in L’elisir d’amore at the Opéra Royal de Wallonie in Liège (conducted by B. Campanella), as L’Amante in Menotti’s Amelia al ballo at the Festival dei Due Mondi in Spoleto, as Rinuccio in Gianni Schicchi in Cagliari, Regio di Parma and Opéra de Montpellier; as Alfredo in La Traviata for the As.Li.Co circuit in Italy (Chung/Kemp/Muti), as well as in Darmstadt, Liège and Avignon; he also starred in L'Enfant Prodigue in Ancona and Cagliari.

Among his most recent engagements, Davide Giusti achieved remarkable successes as Rodolfo in Puccini’s La Bohème at the Tchaikovsky State Opera in Perm, Konzerthaus Dortmund (c. Currentzis) and at the Bolshoi Theatre in Moscow (c. Rogister). He also performed as Fenton in Nicolai’s Die lustigen Weiber von Windsor in Liège; as Young Konrad in Tutino’s Le Braci (c. Cilluffo) at the Festival Valle d'Itria in Martina Franca and Opera di Firenze; as Don Ottavio in Don Giovanni at Teatro Comunale in Bologna (c. Mariotti); Cassio in Verdi’s Otello in
Macerata (c. Frizza); as B.F. Pinkerton in Puccini's Madama Butterfly in Tel Aviv; as Duca di Mantova in Verdi's Rigoletto in Trieste, at the Northern Ireland Opera in Belfast, and at the O.R.W. in Liège (c. Giampaolo Bisanti); as The Prince in Respighi’s La bella dormente nel bosco in Cagliari (c. Renzetti); as Tebaldo in I Capuleti e i Montecchi at the Teatro Nacional de São Carlos in Lisboa (c. Bisanti).

Highlights of the upcoming engagements include La bohème (Rodolfo) at the Opéra de Toulon and the Polish National Opera in Warsaw, Rigoletto (Duca di Mantova) at the Göteborg Opera, Nabucco (Ismaele) at the Grand Théatre de Genève, La cambiale di matrimonio (Edoardo) on tour in Oman with the Rossini Opera Festival.