A fantasy opera about the mysteries of love.

Hoffmann’s beloved Stella has left him. He drowns his sorrows in alcohol while reminiscing on the past. What led to this breakup? In his bereaved state, reality and fantasy merge together.

The real-life Hoffmann was primarily famous for his humorous fantasy stories. In Les contes d’Hoffmann (The Tales of Hoffmann), Hoffmann is the main character in three of his own stories.

Sublime soprano Kerstin Avemo portrays the three women that Hoffmann has loved and subsequently lost under bizarre circumstances. Each of the women – the perfect Olympia, the ambitious Antonia and the dramatic Giulietta – represent aspects of one and the same woman. The role of Hoffmann is sung by three tenors of different ages. Joachim Bäckström plays the middle-aged man looking back on his life.

In the hands of the young Polish director Krystian Lada, Les contes d’Hoffmann is easy for us to identify with despite its multi-layered, dreamlike and absurd elements. As with any couple, Hoffmann’s relationship with Stella requires constant decisions to be made in the best interests of the individuals, their relationship and their careers. French conductor Sébastien Rouland has conducted the opera several times, most recently in Tokyo.

Les contes d’Hoffmann is a love story where the burlesque meets the grotesque. It exists in a number of versions, and no one knows Offenbach’s real intentions for the work. He died a month before the opera opened, with the score in his hand, and never saw his life’s project become reality. This production is based on the latest version, from Offenbach’s original score. 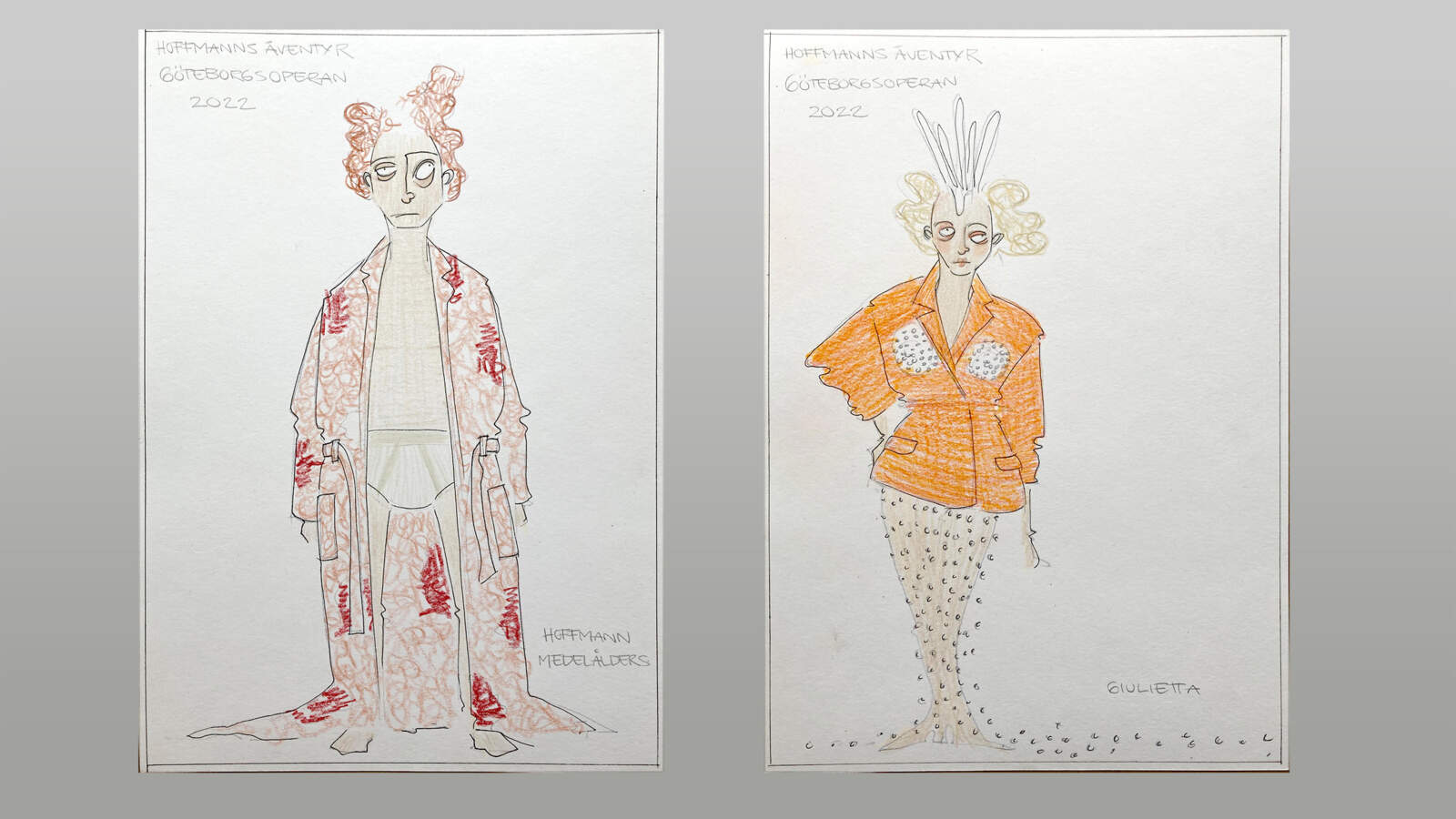 You can buy programmes in the Opera Shop, café and coat check areas.

Buy our tour merch. T-shirt, bag, cap - stylish merch with the attitude of the dance company.