When the players quit the play and decorum slips away, gossip saves the day.

”Successful opera debut for Claes Eriksson.” (GP)
”Jesus, what vocal duels!” (DN)
”Wonderful soloist performances.” (Aftonbladet)
”A show full of witty rhymes and funny plot-twists.” (GP)
”Kerstin Avemo…sings breathtakingly well.” (Expressen)
”It is … Åke Zetterström’s Agata who is the best thing about ’Viva la mamma’ and he is, as in the finale, well-worth being raised to the skies as the goddess of Liberty.” (Expressen)

A big opera house is staging a production of a dramatic opera about love at the height of the Roman Empire. The director and producer have the best intentions, but they hadn’t bargained on the singers being quite so... shall we say, self-absorbed. Rehearsals break down when each of the cast members insists on being at the centre – of the plot, the stage and the poster. When the second soprano’s formidable and self-important mother Agata storms in demanding that her daughter be given a glamorous role, half of the cast members quit the production. Fiasco looms as the production budget dwindles. But Agata knows that ‘When the players quit the play and decorum slips away, gossip saves the day’. She has compiled all her experiences from the industry into a scandalous book expected to be a bombshell, for which her publisher has paid a generous advance. Could this money save the day?

Donizetti’s elegant and entertaining work Viva la mamma takes an ironic look at the difficulties that arise before an opera premiere, cheekily poking fun at stereotypes. The opera is directed and translated by Claes Eriksson from the comedy troupe Galenskaparna, a director, scriptwriter, stage comedian, actor and composer. This is his first opera production. Expressed in his own words: ‘Because I’ve already been lucky enough to do everything I’ve dreamed of, I now only do things I could never have dreamed of.’

Viva la mamma, one of Donizetti’s early operas, was initially penned as a one-act opera entitled Le convenienze ed inconvenienze teatrali (1831), loosely ‘Theatrical adventures and misadventures’, which Donizetti later reworked into a two-act opera. Relegated to obscurity for a century, it was revived in the 1960s and has since enjoyed success on international stages under the punchier name of Viva la mamma. 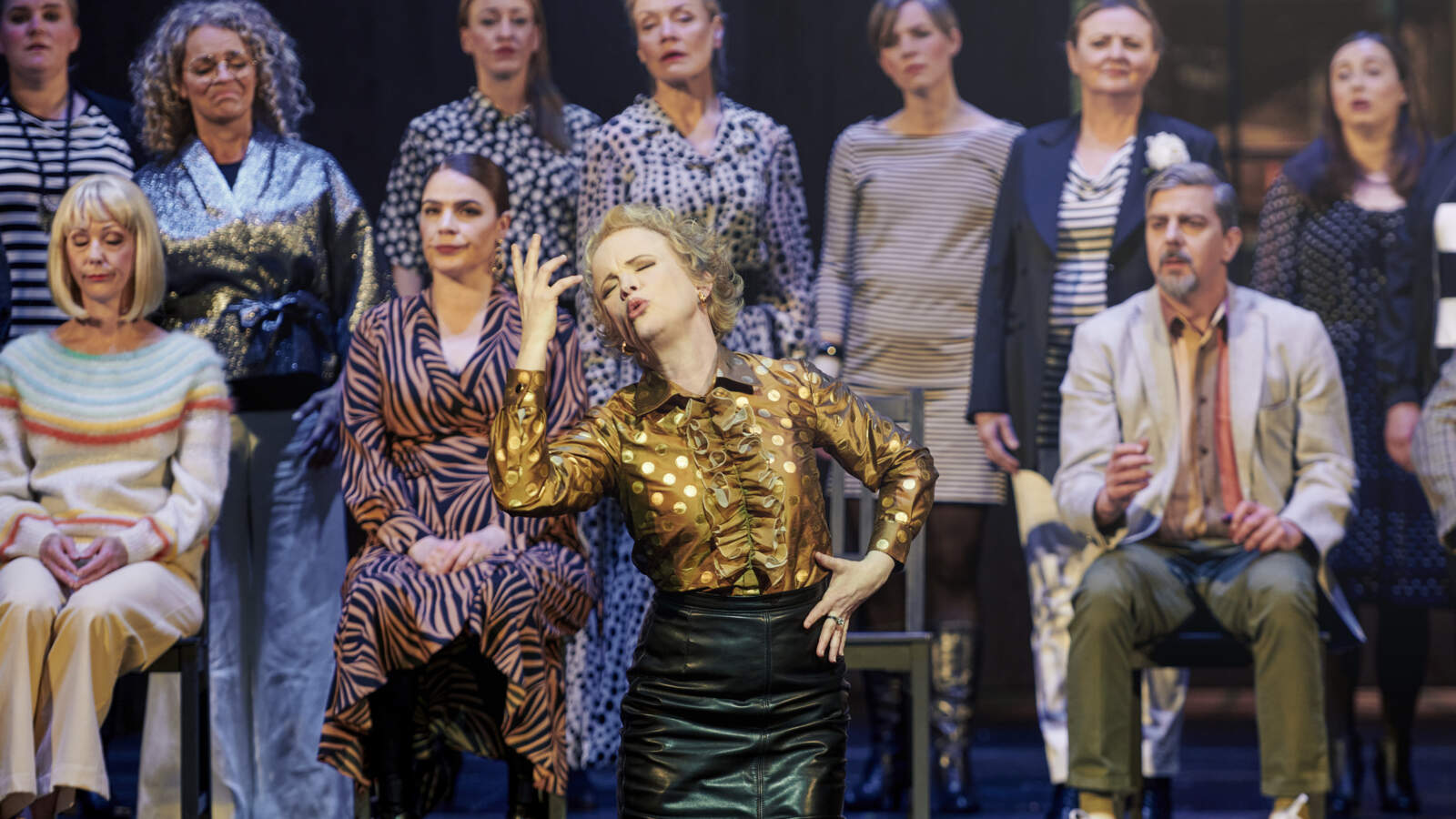