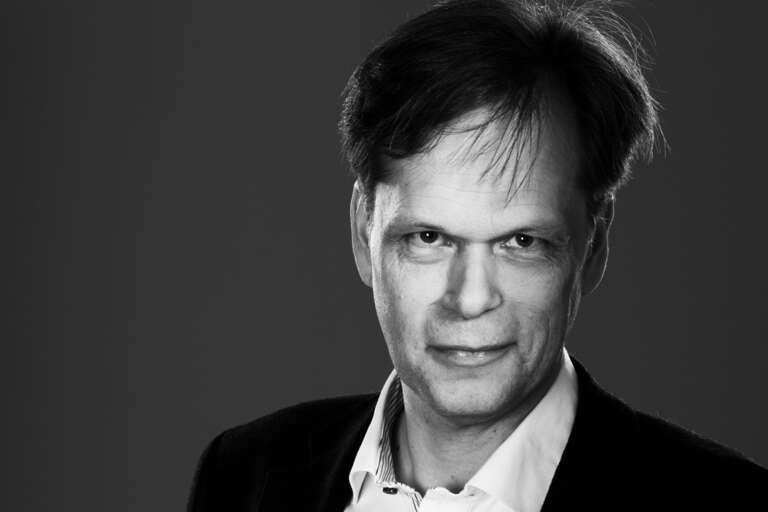 Patrik Ringborg is one of Sweden’s most sought-after conductors worldwide with an unrivalled experience and opera repertoire that spans more than 80 pieces. Patrik is a valued Member of the Board of the Royal Swedish Academy of Music.

He started his career as a Répétiteur at the Royal Swedish Opera where he also made his debut as a Conductor in 1993, following which, Patrik Ringborg left Sweden to become a Conductor at the Freiburg Theatre. In 1997, Patrik was appointed Deputy Musical Director at the Freiburg Theatre and that same year, made his debut at the Aalto Theatre in Essen where he took on the role of Principal Conductor in 1999.

In 2006, Patrik Ringborg returned to the Freiburg Theatre as its Musical Director. The following year, Patrik was appointed General Music Director at the Staatstheater Kassel where he, over the next decade, was to conduct over 150 concerts and 27 new productions.

Patrik Ringborg has, among others, appeared as Guest Conductor at the Semper Opera House in Dresden, the Deutsche Oper Berlin, the Deutsches Nationaltheater Weimar, the Volksoper in Vienna and the Norwegian Opera. In 2010, Patrik conducted the revival of Der Rosenkavalier (the Knight of the Rose) as well as Dame Kiri Te Kanawa's farewell performances at the Cologne Opera.

In Germany, Patrik has conducted over thirty orchestras whilst in Sweden, he has worked with all major orchestras.

Patrik made his debut as Opera Conductor at the Royal Swedish Opera in Stockholm in 2013 when he conducted the much talked about premiere of Parsifal directed by Christof Loy. In 2016, Patrik returned to the Royal Swedish Opera to conduct the debut performance of Medea by Daniel Börtz. Patrik Ringborg is frequently invited to guest conduct at the Malmö Opera.

Following his debut with Tannhäuser at the Göteborg Opera in 1998, Patrik was appointed Principal Guest Conductor. Patrik has over the past twenty years conducted a large number of premieres including Tristan and Isolde, Valkyrie, Salome and Ariadne on Naxos as well as the first ever performance of Notorious by Gefors.

In 2008, Patrik Ringborg conducted the Royal Stockholm Philharmonic Orchestra at the Nobel Prize Awards - the same orchestra that he had guest conducted many times over the past 20 years. In May this year, Patrik will once again conduct the Royal Stockholm Philharmonic Orchestra - this time, at the debut performance of the Thirteenth Symphony by Daniel Börtz.

In 2014, Patrik Ringborg was awarded the Svenska Dagbladet’s Opera Prize for the productions of Parsifal and the Rheingold. His name was at the top of the Opus List in the 2015.