Never is the apocalypse as sublime as it is with Wagner.

Der Ring des Nibelungen 2018–2021. Four tumultuous years after beginning with Das Rheingold, we have finally reached the end of the saga with Götterdämmerung, the Twilight of the Gods. Never is the apocalypse as sublime as it is with Wagner.

Time moves on in Stephen Langridge’s staging of Wagner’s now dystopic world. The Rhine is polluted, climate change has forced people from their homes and desperation hangs in the ever warmer air. The Norns weave their Rope of Destiny on which the future of the world hangs, but it breaks. Chaos now awaits.

When the Nibelung Alberich steals the Rhinemaidens’ gold in Das Rheingold, the first opera in the tetralogy, he sets in motion a journey towards the destruction of the world. This turns into a headlong rush in Die Walküre, in which the chief god Wotan is forced to see his son killed and to disown his beloved daughter. The eponymous hero of Siegfried succeeds in both retrieving the gold and rescuing the true heroine of the epic: the fallen Valkyrie, Brünnhilde.

In Götterdämmerung, evil reigns. Hagen – the most malevolent of evildoers, sired in hatred by Alberich – lures Siegfried into betraying his beloved Brünnhilde. She, who valued Siegfried above the gods and their world and therefore refused to save it, gains her revenge by revealing his only vulnerability. Yet love prevails and – as everything falls apart and Valhalla is consumed by fire, as the Rhine overflows its banks and reclaims its gold and the world of gods and men comes to an end – the mood brightens in the very last redemptive notes. From pain and destruction, a new epoch is emerging.

The Ring Cycle is conducted by Evan Rogister, Principal Conductor of Washington National Opera, and directed by Stephen Langridge, artistic director of the Göteborg Opera from 2013 to 2019.

The Göteborg Opera has long prioritised environmental issues and is considered to be a pioneer in the industry. This work continues with the Ring Cycle in the hope that we can make further progress. The Ring addresses a burning topical issue: humankind’s overexploitation of natural resources and the dire consequences of doing so. Stephen Langridge grasps the Ring’s narrative thread of apocalypse brought about by attacks on nature and the natural order and allows sustainability an active role in his artistic choices.

“Staging The Ring is a major artistic challenge that is perfectly suited to an opera house like the Göteborg Opera. It is also entirely appropriate to use this masterpiece to explore how far we can reduce our impact on the environment, which is one of the key issues of our time.”

“Rogister, Langridge and the Gothenburgers have given us a Ring with musical and dramatic impact that is absolutely of its time, and entirely of its place. That is no small accomplishment.”

“In short, the Gothenburg Opera has assembled a cast with no weak links. The same can be said of the orchestra, which played at a consistently high level and was justly given enthusiastic applause between the acts.”

“It is quite simply excellent.”

“A magical experience which will live long in the memory.” 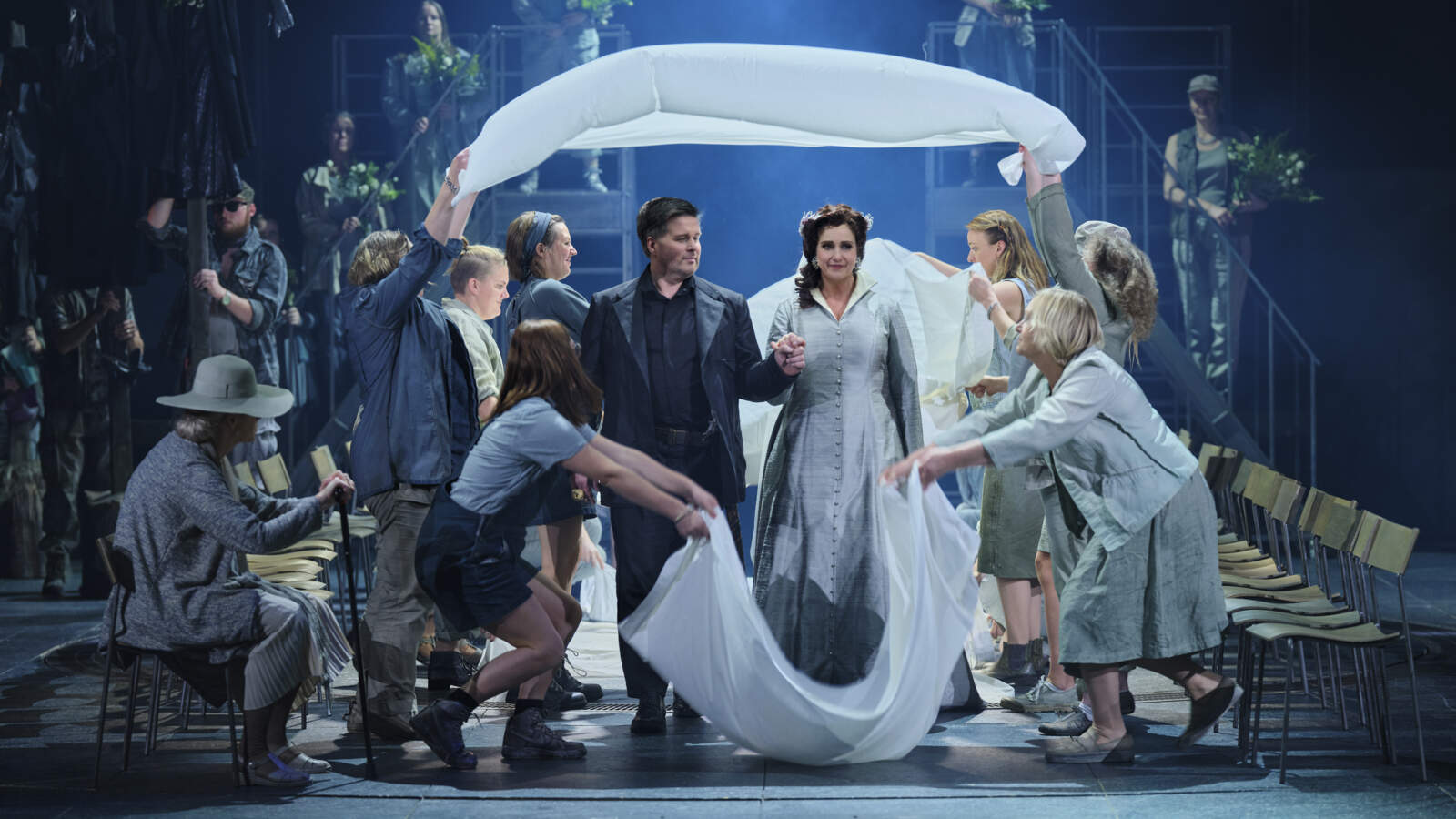 Do you want to learn more?

Do you want to learn more?

The end of the world?

Panel discussion prior to the premiere for Götterdämmerung